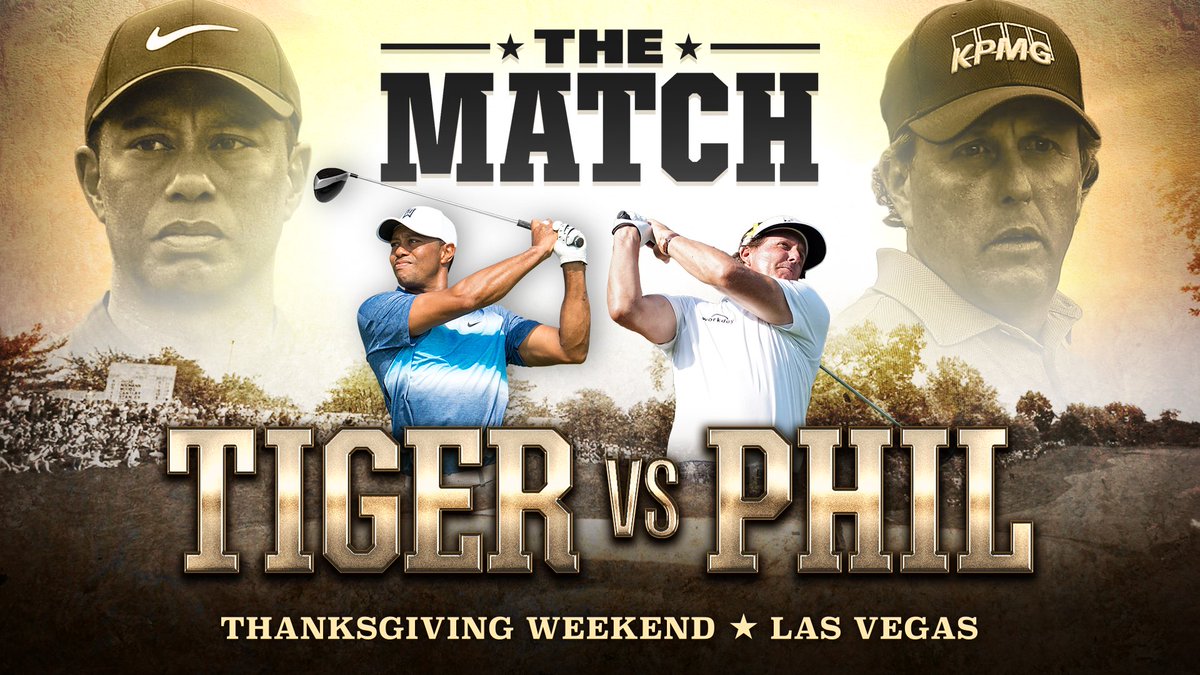 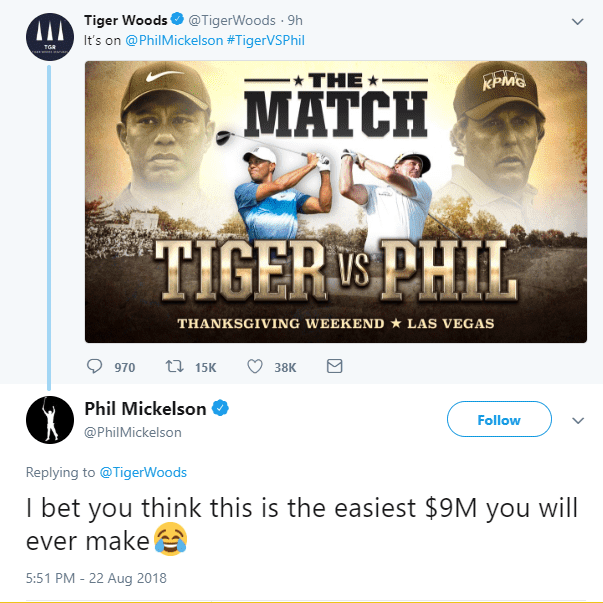 Mark black Friday November 23rd down on your calendars this year cause it will be high stake action in the gambling capital Las Vegas. Obviously this would’ve been way more exciting and hype worthy if it was done say oh I don’t know 9 years ago maybe? They were both in their prime and old Tiger had a much rougher Thanksgiving weekend that year even if he loses to Phil Mickelson in the one off match play. Sorry had to. Tiger knows scheduling this that weekend people will bring it up.

With Tiger being in contention and picking up play of late it should be fun and draw plenty attention. We saw the spike in ratings over the past couple majors that tiger was in. Money making numbers for everyone. Now this will be broadcasted by Turner Sports in a pay-per-view fashion. Prices not finalized yet on what it will be. They are working with Bleacher Report live as well as being broadcasted on AT&T U-verse and DirectTV.

Now on the other hand Phil Mickleson has just been making a fool of himself. From his awful finishes and cut misses of late to his wacky laugh out loud funny commercial hes starred in the past few weeks. I mean every time I see I nod my head and ask myself would i do dumb moves like that for a paycheck? The answer of course is yes… yes indeed. Hell i’d do it in  my underwear for all I care.

Now I leave you with this gem…

Best marketing/PR move ever by @MizzenAndMain & Phil Mickelson, the ad below instantly makes you forget about the US Open.
🕺🏼