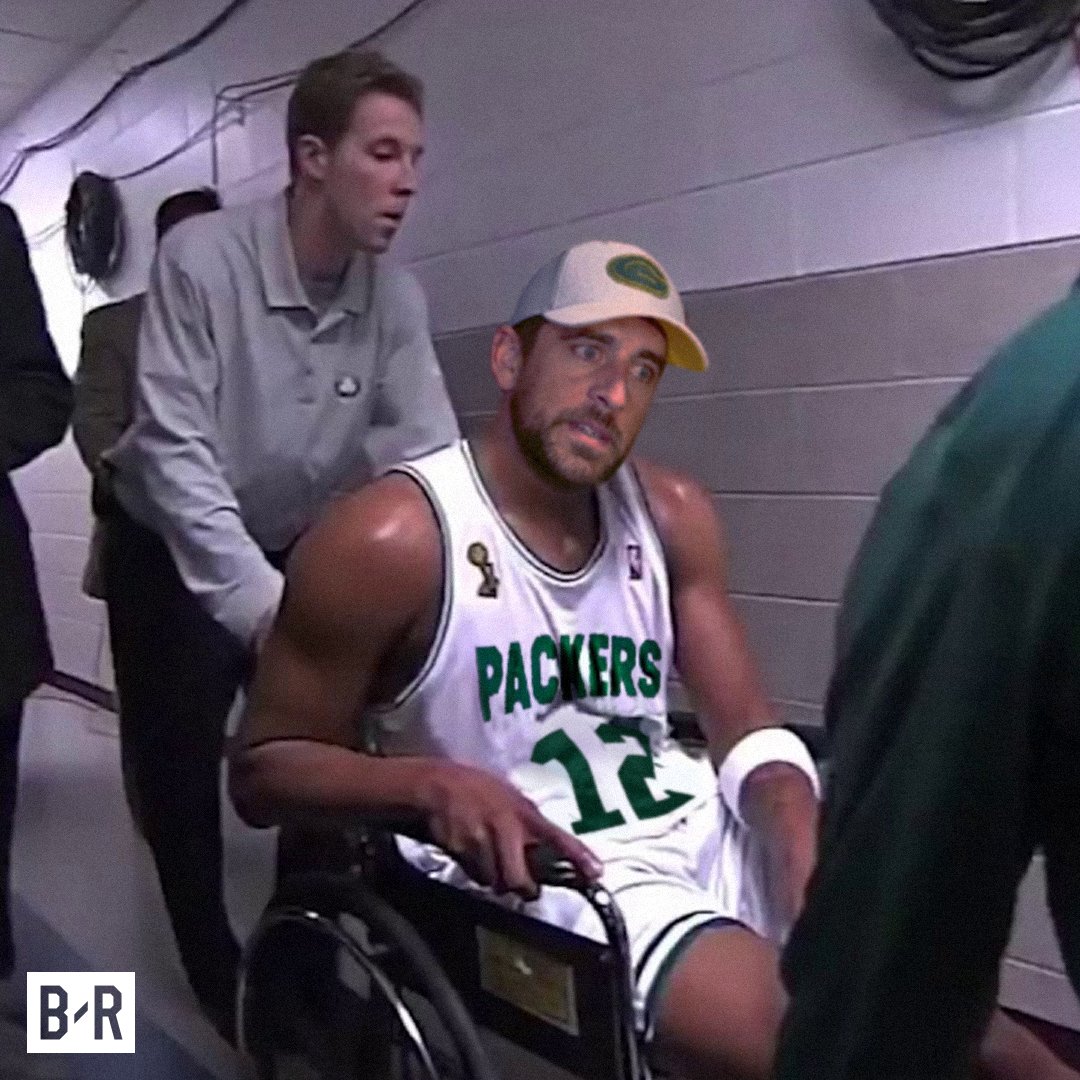 ICYMI: The Packers were down 20-0 … then Aaron Rodgers brought them back. 🔥

It was an epic comeback in a historic rivalry last night as the packers stormed back from 20-0 deficit. Rodgers seemed to injure his leg in the second quarter and was back in the Locker room till the 2nd half. The goose bumps that’s must’ve filled the Lambeau field stands must’ve been insane, For both Packers and Bears fans in the crowd.

In the moment many were critical of him coming back in to the game at all. Loss of mobility due to the leg injury and the bears feasting on him all night before he got hurt gave people not named Aaron Rodgers that thought process. When your starting QB wants to play you let him. After being out most of last season you think he didn’t want to finish game 1 of the new season? Out of your damn mind. Just as we’ve seen before hand when he hurt his calf a couple years ago he is fully capable of playing at his all pro level when on one leg. Made people refute their earlier tweets that he should stay out.

This is not good. Aaron Rodgers goes down. Some sort of leg injury. #packers #bears pic.twitter.com/VU25x8sDFv

Now I just don’t get sports injuries sometimes. I must admit I’ve never broken or tore anything so can’t relate but they just don’t make sense at times. Guys tear ACL’s or rupture Achilles and walk all the way to the locker room. Then you have Rodgers who made it to sidelines and then carted off which always leaves a bad feeling in a fans stomach. Yet able to come back and lead his team? Of course the lowest level of this is Paul pierce. Who gets wheel chaired off then comes back moments later ready to play. King of the dramatics.

Aaron Rodgers’ post-game interview with Michele Tafoya is an absolute must-see. Emotional about the injury and elated about the comeback. It’s impossible not to be a fan. #CHIvsGB pic.twitter.com/aJSmKJeLja

Rodgers said it was his knee and he’ll be ready to go for next week but what the hell. I thought he was in tears because he knew it was bad! Right?

None the less I’m happy he seems fine and ready for action. I can’t stand people that root for other team’s stats to get hurt. I’ve never rooted for injury. I want all my stars available all the time. Makes the league and games a much better product. If your rooting for an injury to give your team an easier route to victory your a fraud. If your team really is good and legitimate they would beat the best teams with their best players. If you don’t want nor root for that then you’re a fake soft fan. UNLESS you have money on the game because you’re a degenerate, then in that case root for all the fractures and ligament tears you want!