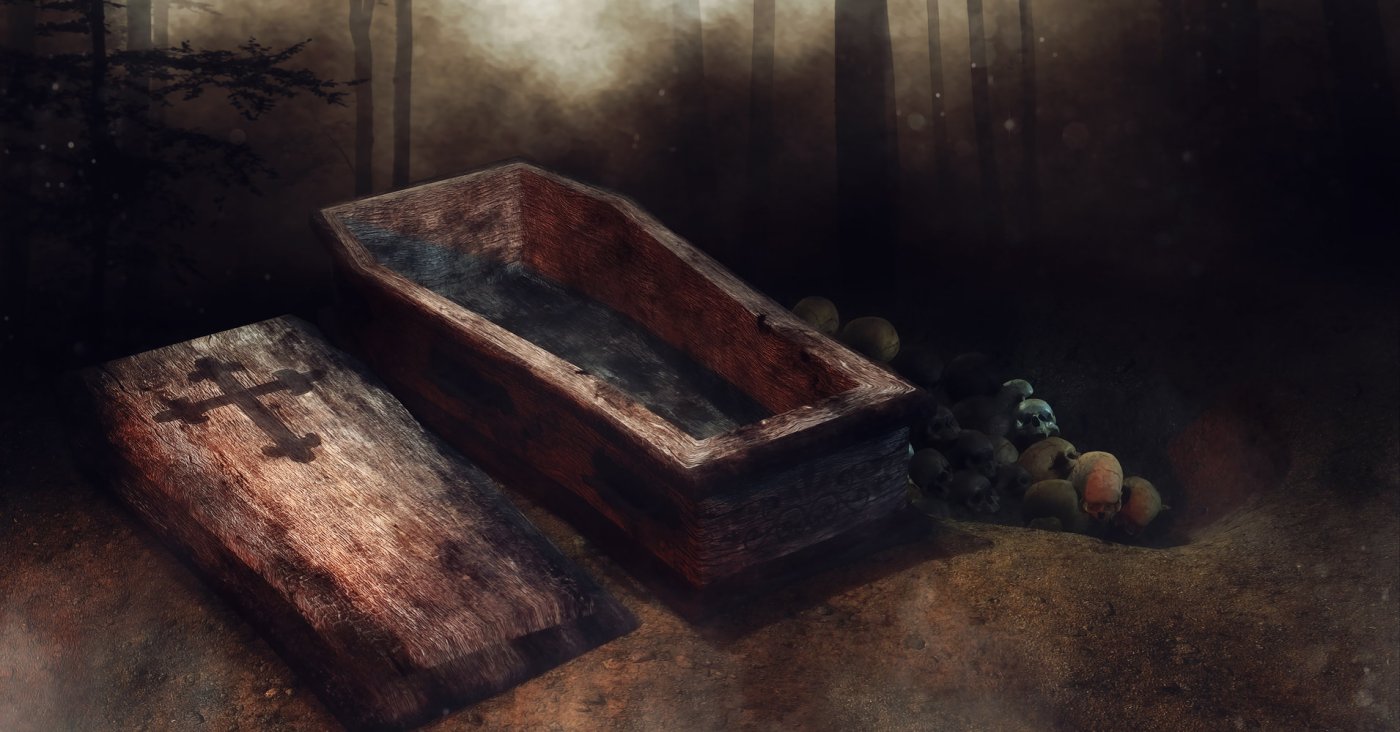 EUREKA, Mo. (AP) — Six contestants for a promotion at Six Flags St. Louis will compete for a $300 prize, season tickets and other perks, and all they have to do is spend 30 hours in a coffin.

The St. Louis Post-Dispatch reports that participants chosen for the ghoulish contest will bide their time in 2-by-7-foot coffins from 1 p.m. Oct. 13 to 7 p.m. Oct. 14 at the park. The contest celebrates the 30th year of Fright Fest.

All who complete the challenge get two 2019 Gold Season passes and other park prizes. If more than one makes it to 30 hours, a drawing will determine who gets the $300.

One more perk: Successful coffin dwellers get to keep the coffin.

Hard pass here. I’d feel bad for the six poor saps that actually sign up to do this. 300$ that’s all for 30 hours in a coffin? Not nearly enough for me. Paying you 10$ an hour to be a pawn in their marketing scheme. Plus it’s NOT guaranteed you’ll even get the 300 if there’s multiple winners! Free passes or some sort of other reward. Open your eyes to this robbery. Hey you get to keep the coffin though. Save your family some money down the road. Unfriend whoever does this from your life. It’s already working because even if the challenge dosent go on Six Flags is getting a free advertisement. This contest will also mean nothing to me if the coffins aren’t opened. What kinda soft BS is that. Close em up. Pole some holes and treat these bums like the animals they are. Open casket? Way too easy.

Everybody has a price for whatever gets offered. My price for those if closed would have to be at least 3K. And if I quit I want a pro rated amount. Sadly at 300 I’m sure they’ll find some guinea pigs for this. Would certainly hope no one didn’t bail out and injure themselves sacrificing their body for the 300… be a real shame.