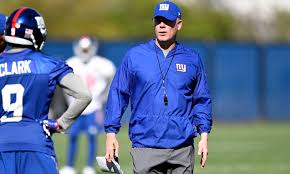 Giants kicker Aldrick Rosas has been money all year. Only missing one field goal this season and has nailed all his extra points. Would be a crime if he wasn’t voted in as pro bowler this season. He was a little shaky last year at times but Shrumur came in and kept him as his guy. But besides making field goals on the norm, Rosas isn’t only a kicker. He is as Pat Shurmur described, a football player too.

Your damn right. #MoreThanAKicker If you haven’t seen Rosas he is a tank from Southern Oregon. Not your average pip squeak kicker that can’t tackle or do anything athletic. My man is jacked. Brawl happens he’ll be running in there to defend his brothers and not running away. We now know how you get your stripes from Shurmur to become a football player. Have to pass the test that you would jump in a fight.